iPhone 8 rumor roundup: What you need to know right now!

When is iPhone 8 being released? What will the specs be? Will it have special features? Here's everything we know!


iPhone 7s — iPhone 8 — iPhone X — whatever Apple ends up calling the next and "tenth anniversary" iPhone, it's expected next fall, and with a new design and new set of features. But what will they be? This article is continuously updated to include the latest news and rumors. Bookmark it, save it, share it, and check back often!


Update: All of iPhone 8's OLED (organic light emitting diode) versions — the same type of display technology currently found on Apple Watch and Touch Bar displays — will be curved and made of plastic, according to The Korea Herald
"The OLED version of the new iPhone will all be curved as Apple ordered all plastic OLED -- not glass -- from Samsung Display. Samsung is capable of supplying a little less than 100 million units of curved OLED displays to Apple," a source familiar with the matter told The Korea Herald.


"The upcoming iPhone may use new sensing technology, which enables the phone to respond when users touch any side of the device. But, Apple may not adopt this technology," the source added, without elaborating further on details.
​
Keep reading for all the rumors!
What will the next iPhone be called?

Update: According to Macotakara, the phone currently thought of as the iPhone 8 may in fact be given the name of "iPhone Edition". The phone could also be arriving later than the rumored iPhone 7s and iPhone 7s Plus, though all three phones would apparently be introduced at the same event.
If Apple sticks to the same pattern the company has been using since 2010, the 2016 iPhone 7 will be followed by the 2017 iPhone 7s.

Any pattern can be broken, of course, and Apple can ultimately call any iPhone anything the company wants —iPhone Pro, Apple Phone, etc.
Because it's rumored to be an all new design, it's possible Apple will skip iPhone 7s and go straight to iPhone 8. Because it'll be 10 years since the first iPhone was introduced, Apple could also call it iPhone X.
For the sake of simplicity, iPhone 8 will be used here.
Will there be an iPhone 8 Plus?

When will the iPhone 8 be released? 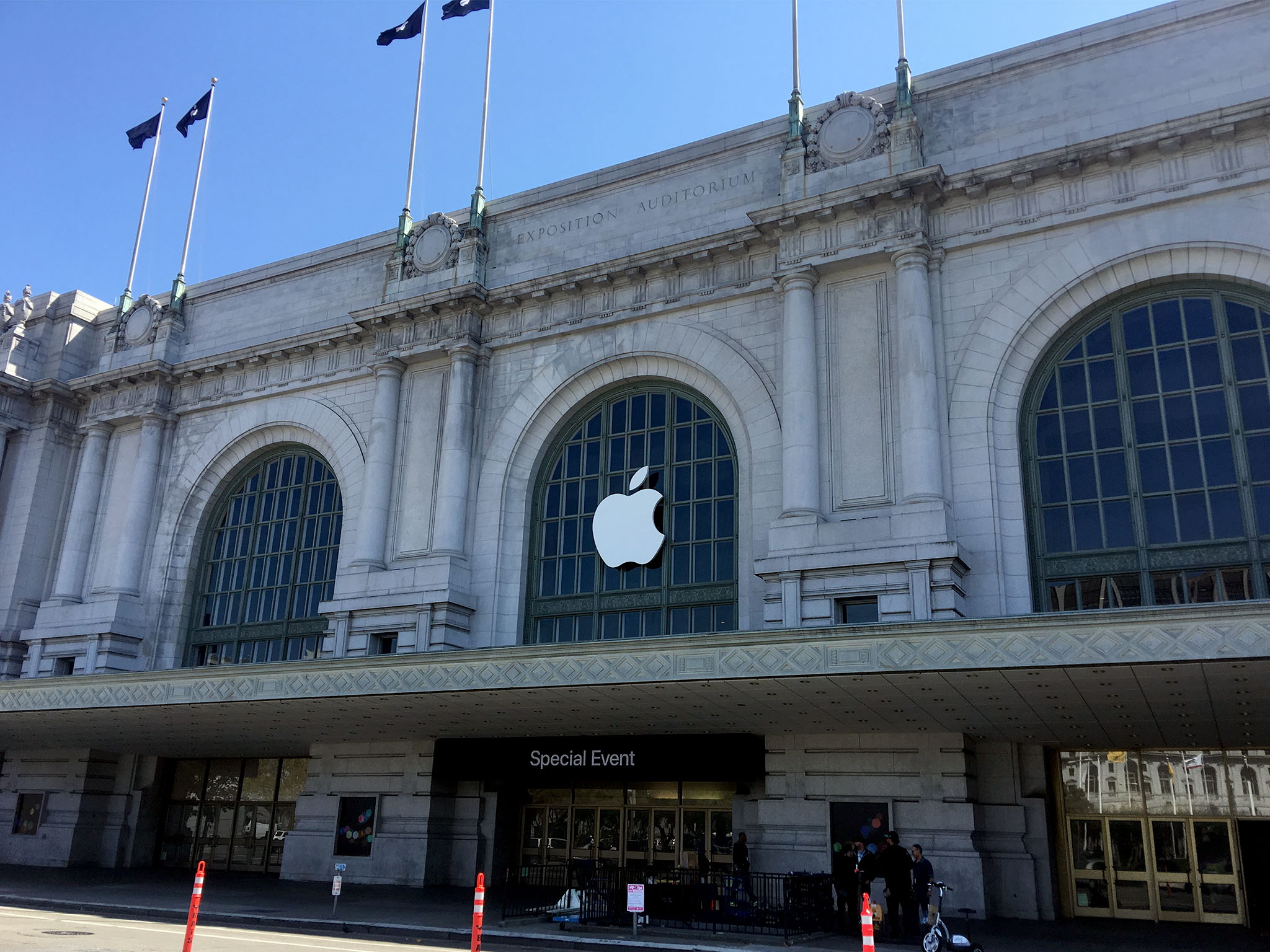 Since the iPhone 5, Apple has announced every new iPhone during a special event held the first or second Tuesday or Wednesday of September.

Past patterns are the best indicator of future events, but they aren't perfect. Apple can and will throw curveballs whenever the company's logistics or strategy demands. So, be aware of the dates but don't be bound to them.
What can we expect in the iPhone 8 design? 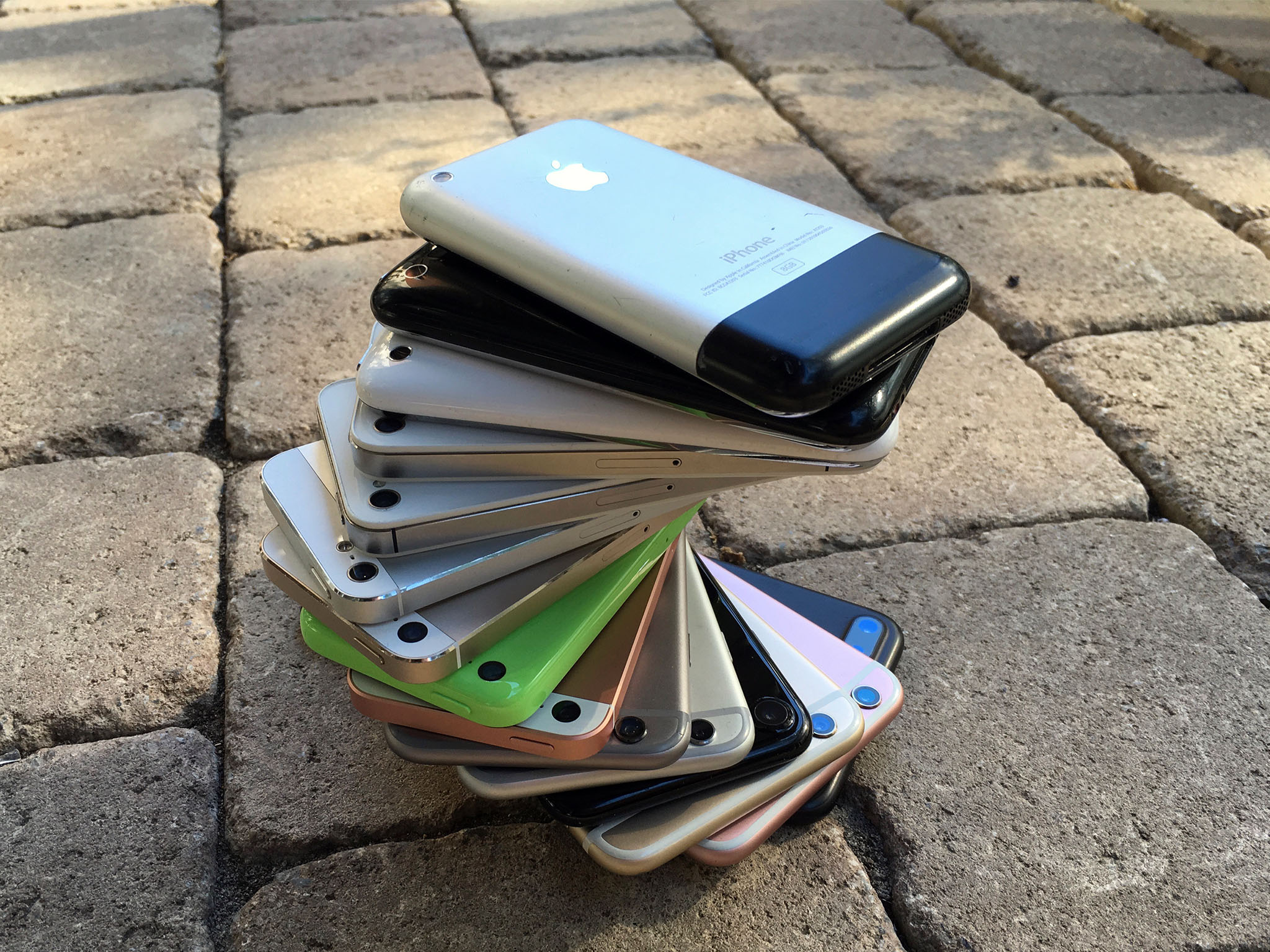 Update: According to KGI's Ming-Chi Kuo (via 9to5Mac), the iPhone 8 will be about the same size as the 4.7-inch iPhone 7, though the display is still expected to be somewhere in the 5.5-inch range. Additionally, Kuo claims that the iPhone 8 will feature a significantly larger battery than the iPhone 7.
At any given point in time, Apple is working several years ahead on the iPhone line. Upcoming models may already be in the testing or prototype stages while future models may be little more than components attached to boards. Sometimes multiple versions will also exist, some more conservative, others more audacious. What eventually ships depends on what can reliably be produced given the limits of technology and economics.


Since 2008 Apple has also followed a "tick-tock" cycle for iPhones. On the "tick" year the company unveils a new design and on the "tock" year the company takes that same design to its limits. In 2016, though, Apple broke from that pattern and released a second tock — iPhone 7.

Rumor has it the next big iPhone redesign will be more dramatic one, with less bezel around the sides and at the top and bottom and virtualized buttons. Other reports also say that the iPhone 8 will feature a glass front and back, with either aluminum or stainless steel around the edges of the phone. Stainless steel is said to be reserved for the more expensive models
What colors will the iPhone 8 be offered in?

Update: Macotakara claims that Apple will reveal a new red color option for the iPhone 7 and iPhone 7 Plus in March. It's likely that this option would also be available for Apple's 2017 iPhone lineup, expected to launch later this year.


So far Apple has saved the new iPhone finishes for the years absent big redesigns.

What specs will the iPhone 8 have?

Update: According to a report from Digitimes, the iPhone 8 will feature a new, Apple-built fingerprint sensor, rather than a sensor with technology licensed from Synaptics or Qualcomm. Because of this sensor, the report claims, production may not start until September, later than in previous years.


Since Apple introduced the company's first branded system-on-a-chip (SoC) in 2010, every new iPhone has come with a new A-series chipset. If Apple sticks to that pattern, the iPhone 8 and iPhone 8 Plus will ship with Apple A11 processors. New SoC typically take advantage of better processes that let them be faster and more powerful but also more energy efficient.


Apple has also been adding coprocessors to handle motion voice activation, and now big.LITTLE fusion. A11 could further build on those capabilities as well, including implementing artificial intelligence and machine learning at the silicon level.


The custom CPUs Apple has been producing have gone from Swift to Cyclone to Typhoon to Twister, so... Tropical Storm next? Hurricane? Rumors also persist that Apple is working on custom GPUs and even modems as well, which would allow the company to take full control of everything from graphics to radios. Recent reports indicate that Intel will be supplying at least some of the modems for this year's iPhone lineup.

What about an iPad Pro-style Smart Connector? 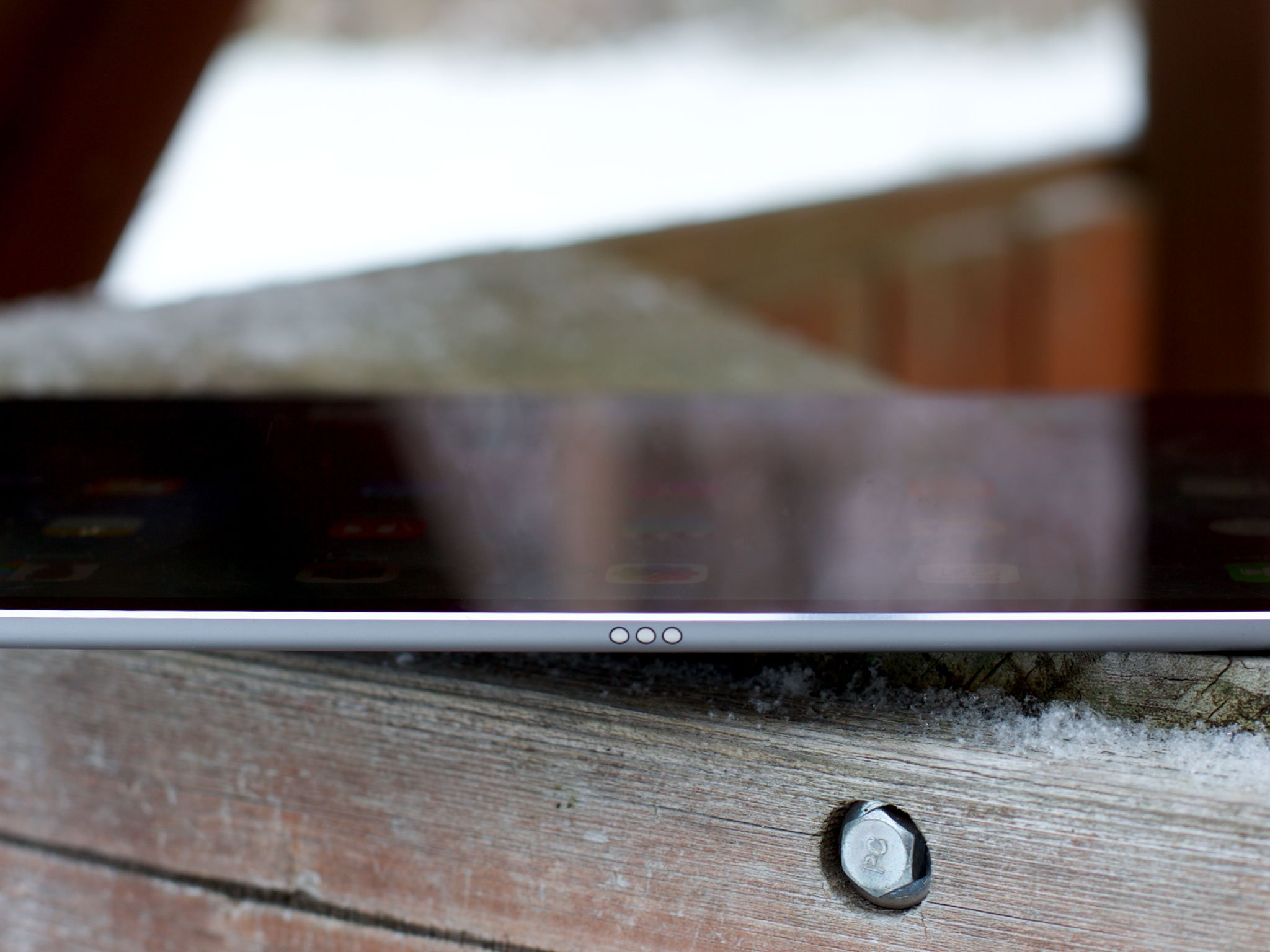 
Apple typically introduces a technology in one device and then rolls it out across the lineup. Retina was like that with iPhone 4 and Touch ID with iPhone 5s. The Smart Connector, which debuted with the iPad Pro in the fall of 2015, attaches via a magnet and runs power, data, and ground directly from the device. It currently powers Apple's Smart Keyboard and a similar keyboard from Logitech, with more expected to follow.


Apple could certainly engineer a Smart Connector for iPhone 8, but what it would be used for is a more interesting question. Apple made a smaller Smart Keyboard for the 9.7-inch iPad Pro, but would the company make an even smaller one for iPhone 8 Plus? For iPhone 8 standard?


If not a keyboard, then what else would benefit from a not-Lightning, non-Bluetooth connection on an iPhone 8-sized device? A speaker pack? A much better camera system? Would Apple enter the modular phone business?
What about the display? More HDs? True Tones?

Update: According to a new report from Digitimes, Apple will use 5.8-inch AMOLED display panels provided by Samsung for an iPhone model in 2017, while two other models will utilize 4.7 and 5.5-inch LCD panels.


Apple hasn't updated the resolution on iPhone or iPhone Plus since 2014. It makes them less than desirable for application like VR, and less than competitive when it comes to spec comparisons. It does make them more energy efficient, though, given they still use LCD rather than OLED panels.
There have been rumors that we could see a bump to 1920 x 1080 for the 4.7-inch model and 2560 x 1440 for the 5.5-inch model.


There have also been rumors about OLED, but right now the LED component of the LCD system is used to implement the pressure-sensitive 3D Touch system, so would Apple re-engineer that? Or would they simply skip ahead again to something like quantum dot?


According to The Korea Herald, any and all OLED versions will be curved and made of plastic, rather than the glass typically used on flat panels.
Also, while iPhone 7 got the DCI-P3 wide gamut color system of the 9.7-inch iPad Pro, it didn't get the True Tone system. True Tone employs two ambient light sensors, with four channels each, to measure the color temperate of the surrounding area and then match the display to that temperature.


If you've ever seen a picture of an iPhone or iPad where the case looks white but the screen looks yellow or blue, that's what True Tone fixes. And once you get used to it, you want it everywhere.


Again, Apple typically pilots a new technology in a new device, but eventually rolls it out across the line. Here's hoping the same holds true with True Tone and we get the incredible calibration and dynamic compensation on iPhone 8 as well.
Will the iPhone 8 be waterproof? 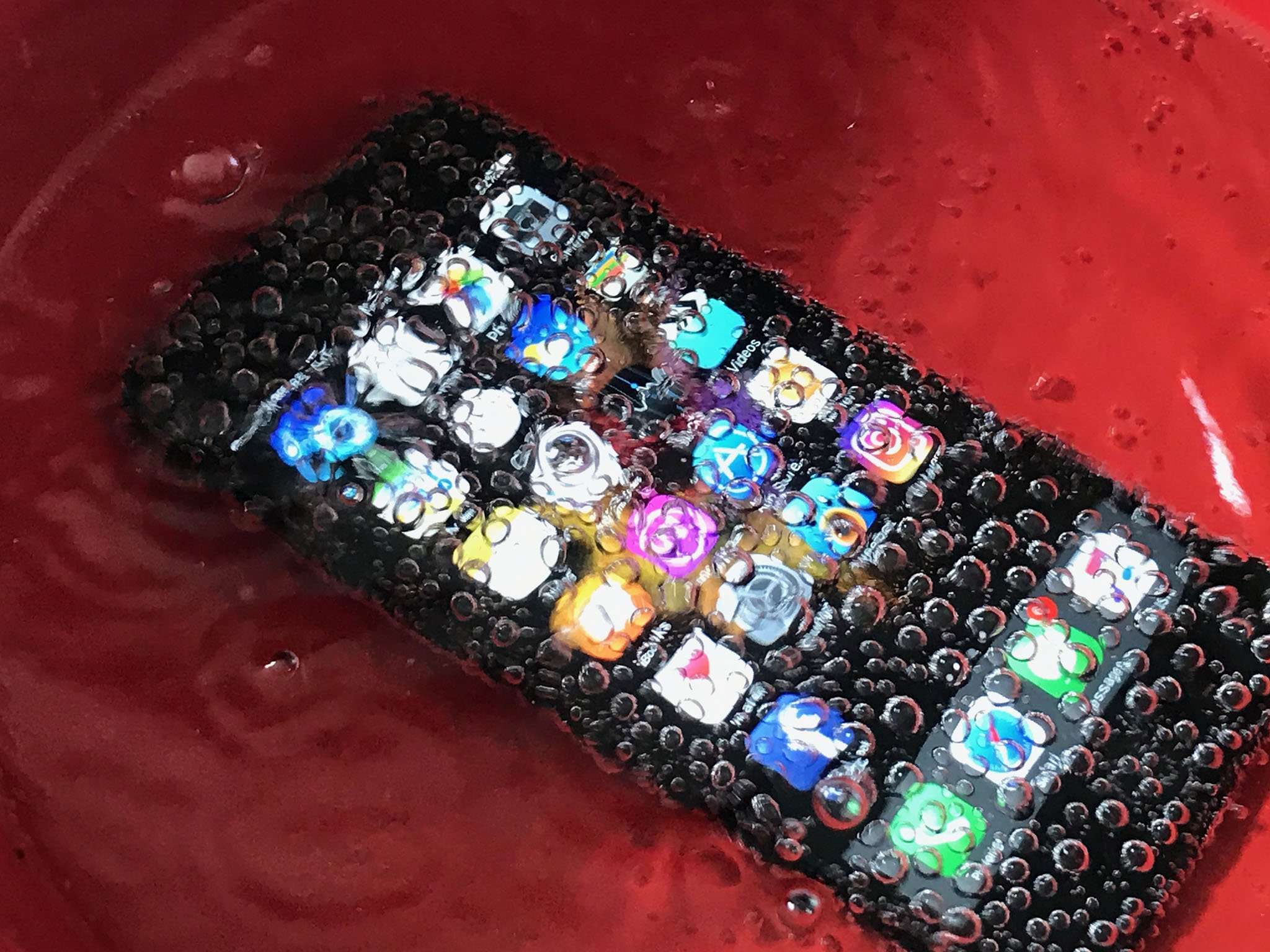 Update: A new report from The Korea Herald claims that the iPhone 8 will feature an IP68 rating for dust and waterproofing.
iPhone 7 is water resistant but not water proof. Rated IP67, it can survive accidental splashes, ****s, and floods, but isn't rated as highly as some competing phones from Samsung and others.


Although swimming with an iPhone may not be on everyone's wish-list, those whose jobs or pastimes expose them to the elements, and even those who want to do underwater photography at shallow depths would be thrilled by IP68.
Will the iPhone 8 have wireless charging? 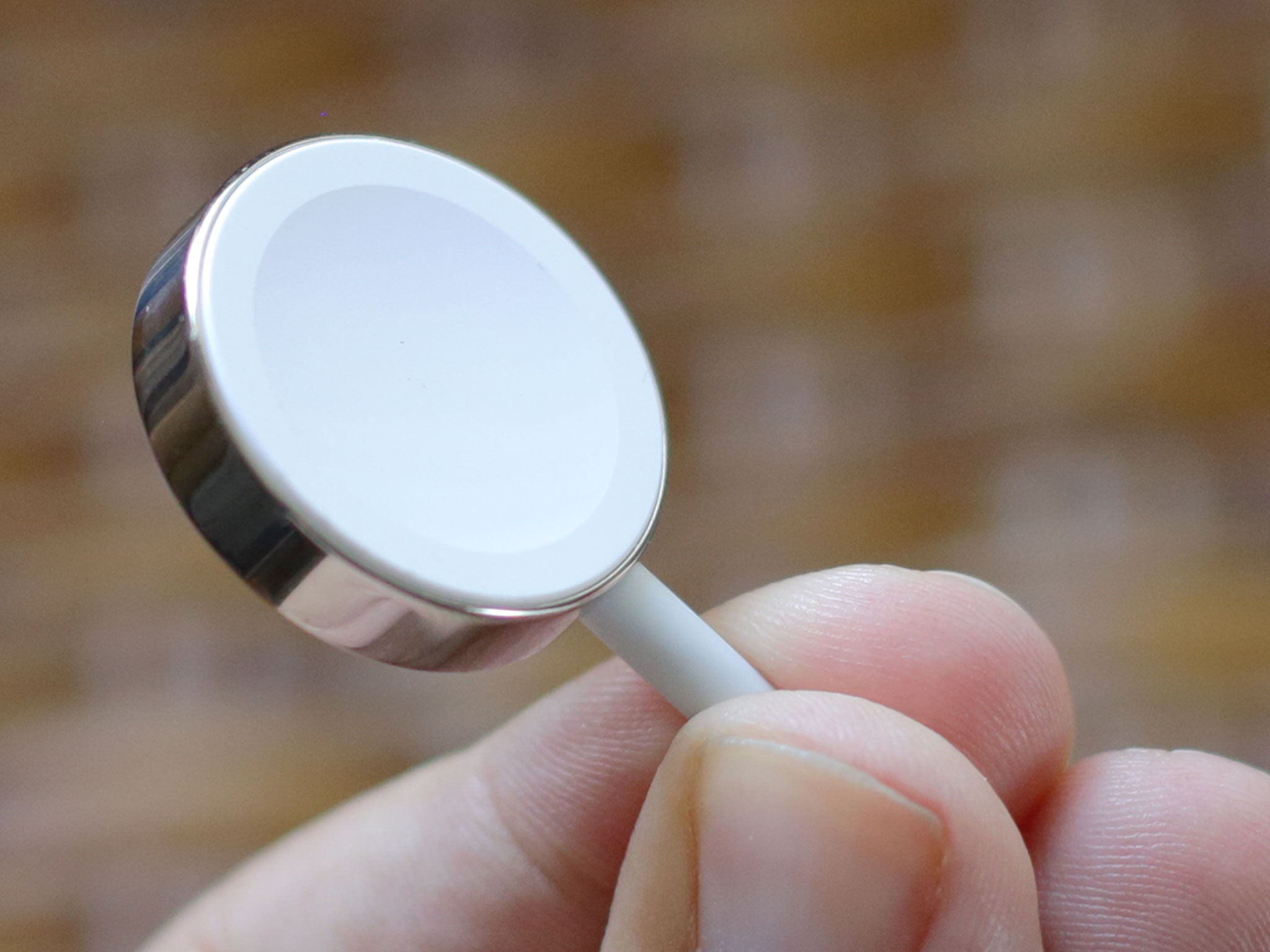 Update: A research note from KGI's Ming-Chi Kuo (via 9to5Mac) claims that all three of this year's rumored iPhones will feature wireless charging. The iPhone 8 will also apparently have a thin sheet of graphite to protect its new 3D Touch sensor from the heat generated by wireless charging.


Now methods for induction through metal are being introduced, which means it's possible Apple could keep the aluminum back and offer wireless charging.


Recent rumors have also suggested Apple is working on resonant inductive coupling, which would let devices charge even at a distance. (The greater the distance, the lower the efficiency.) Such technology is likely a year or more away, though.
Ceramics, though, right?

Apple Watch Series 2 being released in white ceramics sent the internet atwitter with thoughts of iPhone 8 being made out of the same material. Tougher than stainless steel, it still remains to be seen if it would hold up in a device as big as an iPhone or iPhone Plus.
Okay, what do we know for sure?

Only that nothing is confirmed until an Apple executive holds an iPhone 8 and iPhone 8 Plus up on stage!