Qualcomm announced its first Gigabit LTE modem - the Snapdragon X16 LTE - last year, and even before it arrives on a smartphone, its successor has been unveiled. The company took the wraps off the Snapdragon X20 LTE modem, and it brings faster average and download speeds. 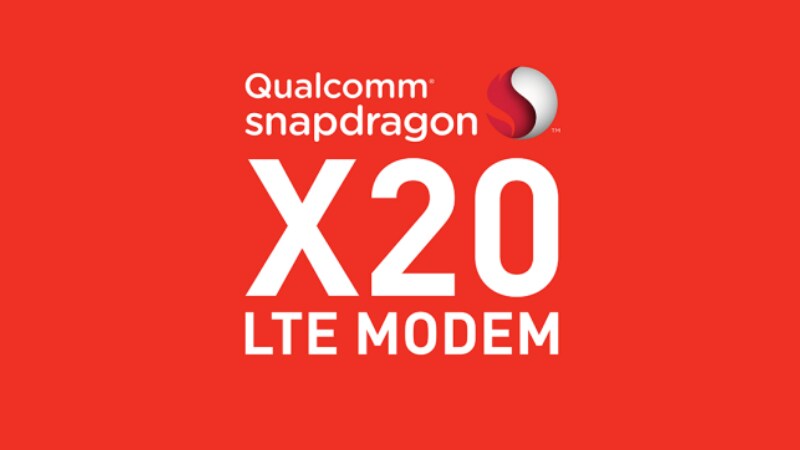 The company claims that the modem will boost theoretical LTE Category 18 download speeds of up to 1.2Gbps, a 20 percent increase from the 1Gbps download speed of the current X16 modem. Built on the 10nm FinFET process, the second generation Gigabit LTE solution offers 150Mbps of LTE Category 13 upload speeds as well.

The Snapdragon X20 LTE modem also brings support for 256-QAM (Quadrature Amplitude Modulation) to allow up to 100Mbps data to be sent across streams. For uplink, there's 2x20MHz carrier aggregation and 64-QAM that allows for speeds up to 150Mbps. However, these are just theoretical numbers, and the smartphone won't really be able to optimise full output, but incredibly boost performance nonetheless. The Snapdragon X20 LTE modem won't arrive in the market until early 2018; however OEMs will receive the modem for sampling and testing.

The first Gigabit phone is also expected to be unveiled by ZTE at MWC 2017. There's not much information about the smartphone, however, MWC is just around the corner.