Xiaomi is going to start making its own smartphone chips 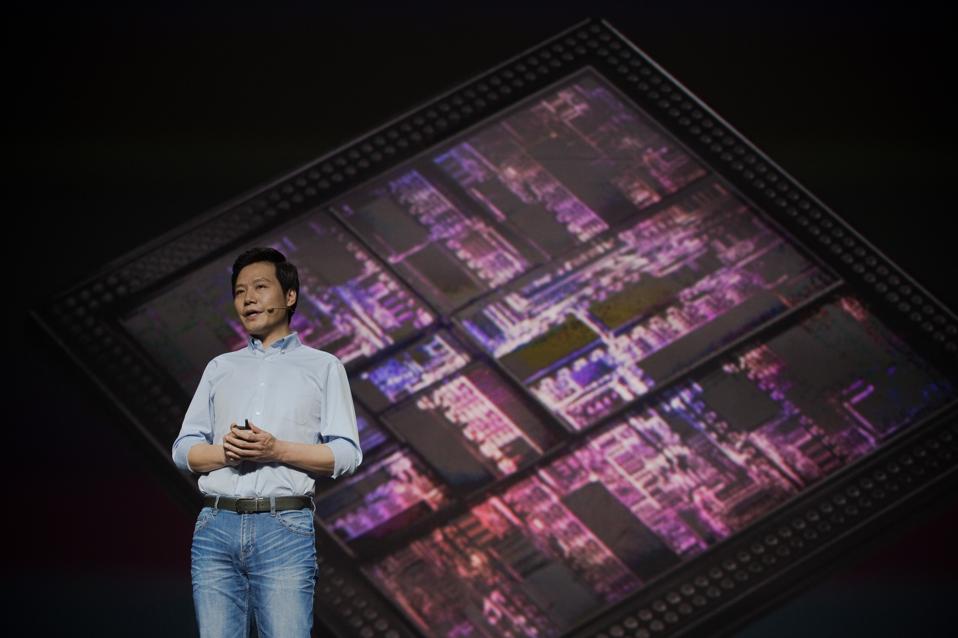 Once a darling of the global startup scene, Xiaomi has fallen from the number one spot in China's fast-moving smartphone market. Now the Bei jing based phonemaker is following the examples of smartphone giants Apple, Samsung and Huawei by developing its own chip in hopes of reigniting growth.
The company announced its first internally-developed chipset, dubbed the Surge S1, on Tuesday. The new chip will power the company's latest budget smartphone, Mi 5C, which goes up for sale on Friday in China for 1,499 yuan ($218).
With its own chip, Xiaomi hopes to take control of its own destiny. It will reduce its dependency on chip suppliers like Qualcomm and MediaTek, and help it differentiate from other Android smartphones. Onlookers have long credited Apple's chipmaking capabilities with the company's success in both defining and pushing forward the premium end of the smartphone market. Huawei, now one of the top-selling Chinese brands, makes its own chips. Manufacturing giant Samsung also builds its own processing chips, but occasionally buys from others depending on the market.Tech News
“The ability to create its own chipsets is the pinnacle achievement for any smartphone company," said Xiaomi CEO and co-founder Lei Jun in a statement. "For Xiaomi, the move is an essential next step in our development. In order to deliver on our promise to make innovation available to everyone, we need to master the core technologies of our industry and tightly integrate the development of our hardware with our software, helping us to make even better smartphones that will consistently surprise the industry and delight consumers.”
The Chinese government provided an undisclosed sum of money for Xiaomi to go forward with the expensive chip project, according to the Wall Street Journal. Lei told the paper that the effort was backed by a chip development fund put together by Bei jing's Zhongguancun high-tech district as well as the country's technology ministry and the Bei jing municipal government.
Reducing dependency on chips built outside of China is now a top priority for the Chinese government. China is the biggest buyer of chips -- it imports about $200 billion chips a year -- but very little is produced in the country. China has committed to invest $100 billion to foster a homegrown chip industry.
In addition to providing domestic players with funds to support the pricey chip development process, China is also trying to outright buy foreign chip players. Government-controlled Tsinghua Holdings, for example, has attempted a number of times to acquire United States chipmakers. While Tsinghua made an unsuccessful $23 billion bid for Utah-based memory chipmaker Micron Technology in 2015, it successfully acquired a 15% stake in hard-drive maker Western Digital for $3.78 billion in 2015 and a 6% stake in programmable chipmaker Lattice Semiconductor for $41.6 million in 2016.
The development of the Xiaomi chip began in 2014 under Pinecone, a Xiaomi subsidiary. Xiaomi said it took the group 28 months to get the chip ready.
The Surge S1 has eight cores using ARM's Cortex-A53 processor. There are four high-performance cores running at 2.2GHz and four low-performance cores running at 1.4 GHz -- a so-called big.LITTLE design that's supposed to efficiently match the chip's resources to the intensity of the application that's running. Xiaomi also licenses from ARM the graphics processor -- the Mali T860 MP4 -- that enables features like 4K video resolution. Xiaomi has developed a dual image signal processor for photography that Xiaomi said increases light sensitivity by up to 150%.
In relation to Qualcomm's chip, Xiaomi says the Surge S1 is on par with Qualcomm's Snapdragon 625, a chip designed for mid-range phones. Xiaomi claims using benchmark tool Geekbench that the Surge S1 outperformed the Snapdragon 625, but it didn't specify by how much.
Xiaomi has recently fallen quite a bit from its high perch as the number one smartphone vendor in China. After the company launched in 2011, it moved aggressively to grab the largest share of the Chinese market by 2014. But by 2016, Xiaomi's had fallen to fifth place, with Oppo, Huawei, Vivo and Apple ahead, according to IDC numbers. IDC estimated Xiaomi's sales declined by 36% year over year in 2016.
For a while, the company hinted it was prepping entry into the US smartphone market. But its head of global, Hugo Barra, left the company last month and showed up soon afterward at Facebook to head the social media giant's fledgling virtual reality efforts. Lately, the company appears to have shifted its focus back to the Chinese market.